When Mr. Santa invite himself at The Game

2 weeks ago, around 9pm, an unexpected guest invite himself in The Game building. A little bit chubby and dressed all in red, he opened the door saying “Oh! Oh! Oh!” No one was that surprised of his late arrival as the spatial temporal breaches are common at The Game: indeed the team often goes in 1959 to rescue Lise, the young kidnapped Parisian dancer. Every member of the team unwrapped his or her gift for the biggest surprise was not here yet.
Because, yes it was Christmas (18 days later) and yes we ate the “galette” for the Epiphany (8 days later) and yes we celebrated 2016 arrival (12 days later)! But more importantly, the team celebrated the 1st anniversary of The Game creation (the exact day of launching remains a mystery). To feast this even with dignity, a big surprise was coming: to lock The Game’s founders in their own trap!

The French Robbery: the same mission but especially revisited for The Game’s creators

For this specific occasion, the team organized the surprise for the company’s founders: they had to rob the bank but, in their own way. The different master games and employees planned different enigmas for both Maxime(s) to live again the good moments they had during this past year. They were also evaluated on their logic and observation, just like the customers! We were all surprise of the ease they had for this made to measure escape game (even if they struggled sometimes). After this test and long debates, the team is unanimous: Maxime Biewers and Maxime David will stay The Game’s official directors for another year!
After this amazing night together, we would like to wish you a VERY HAPPY NEW YEAR 2016. We hope that this New Year will be the occasion to “unlock” some troubles you may have and that you find your “codes” to happiness! 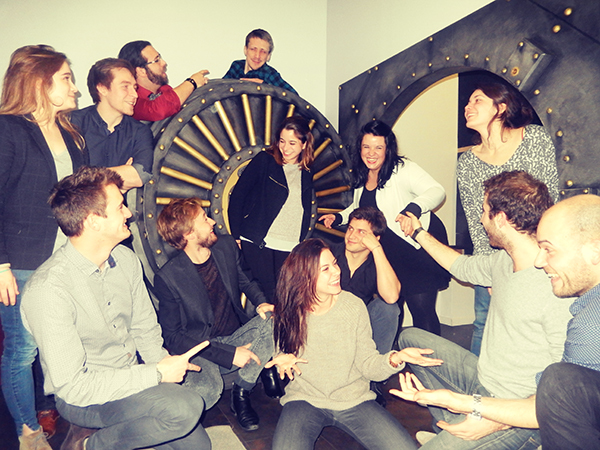 Summer in Paris for the game !
An enigma game from the ground to the ceiling
Escape Rooms and contest winners: may gazette!
New mission: the casino heist
Escape Game | The Metro mission
Your February’s performance at The Game Escape Game Paris
The Game : Team Building & Christmas Gift
How ended 2015 for The Game's Team ?
The Game : almost 1 year and already 20,000 players
The Game : One of the entrepreunarial trophy laureates

Everything is fine : all our rooms are air-conditioned!